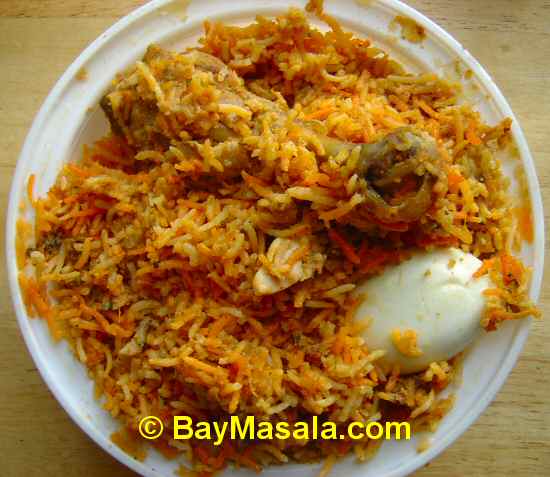 Hyderabad Dum Chicken Biryani
Biryani has now become as ubiquitous as Tandoori Chicken at most Indian restaurants in Bay Area.

Several Indian restaurants in Sunnyvale, Santa Clara, San Jose, Milpitas, Mountain View now serve a variety of Biryani (a rice dish that can be vegetarian or include meat).

Hyderabad Dum Biryani is usually priced between $7.99 to 13.99 depending on the variety.